Matthew Collings – Silence is a rhythm too 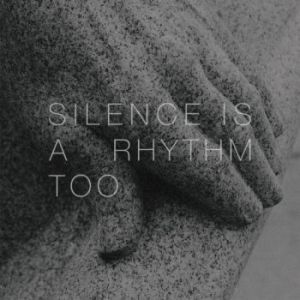 Matthew Collings – Silence is a rhythm too

The album cover instantly reminded me of Godflesh’s album ‘Pure’, and while the band let us consider the contrast between ‘God’ and ‘Flesh’, Matthew Collings, who has released two album through Denovali records just now, let us wonder about the contrast, if any, between Silence and Rhythm. How does this examination of silence and rhythm happen? Collings merge sound as silence, trying to communicate with the idea of life and death, not to the point of creating a binary, black or white system of sound/silence, but a rapid array of rainbows painted in thousands shades of liquid gray.

‘Cicero’ is a beautiful track, starting with minimal piano and almost transparent violin strings, growing eventually into a dramatic event of heartfelt sounds and painful discoveries. ‘Toms’ go into a more tribal realm of industrial sounding glitch, and offer an interesting observation over what sounds like metallic sheets being torn apart to a jazzy beat. The most eye opening part of this good album is, of course, the last track, bearing the name of the album, and proceeding in heavy and slow dinosaur steps between hollow beats, rusty guitars and a disruptive wave of sounds that somehow sounds like the universe is now collapsing and like a comforting, sincere pet on the head at the same time. Maybe it really is closing time, and maybe it’s a good thing.

“Silence is a rhythm too” is an intimate and immediate album of mesmerizing magic. You can find more about it and about Collings’ other new album through the ever abundant Denovali records.